September 26, 2018. At a scientific workshop in the Belousov hall of GC RAS D. Peregudov, Senior Researcher of Geoinformatics Laboratory, spoke on the averaging of anisotropic elastic moduli in the case of a nontrivial distribution function over the orientations of the crystallographic axes.

In the framework of the report, the developed procedure for averaging the Hooke tensor of an anisotropic medium over the orientations of the crystallographic axes was presented. It was also shown that the averaged elastic moduli do not depend on the entire distribution function with which the averaging is performed, but only on its second and fourth-order moments. 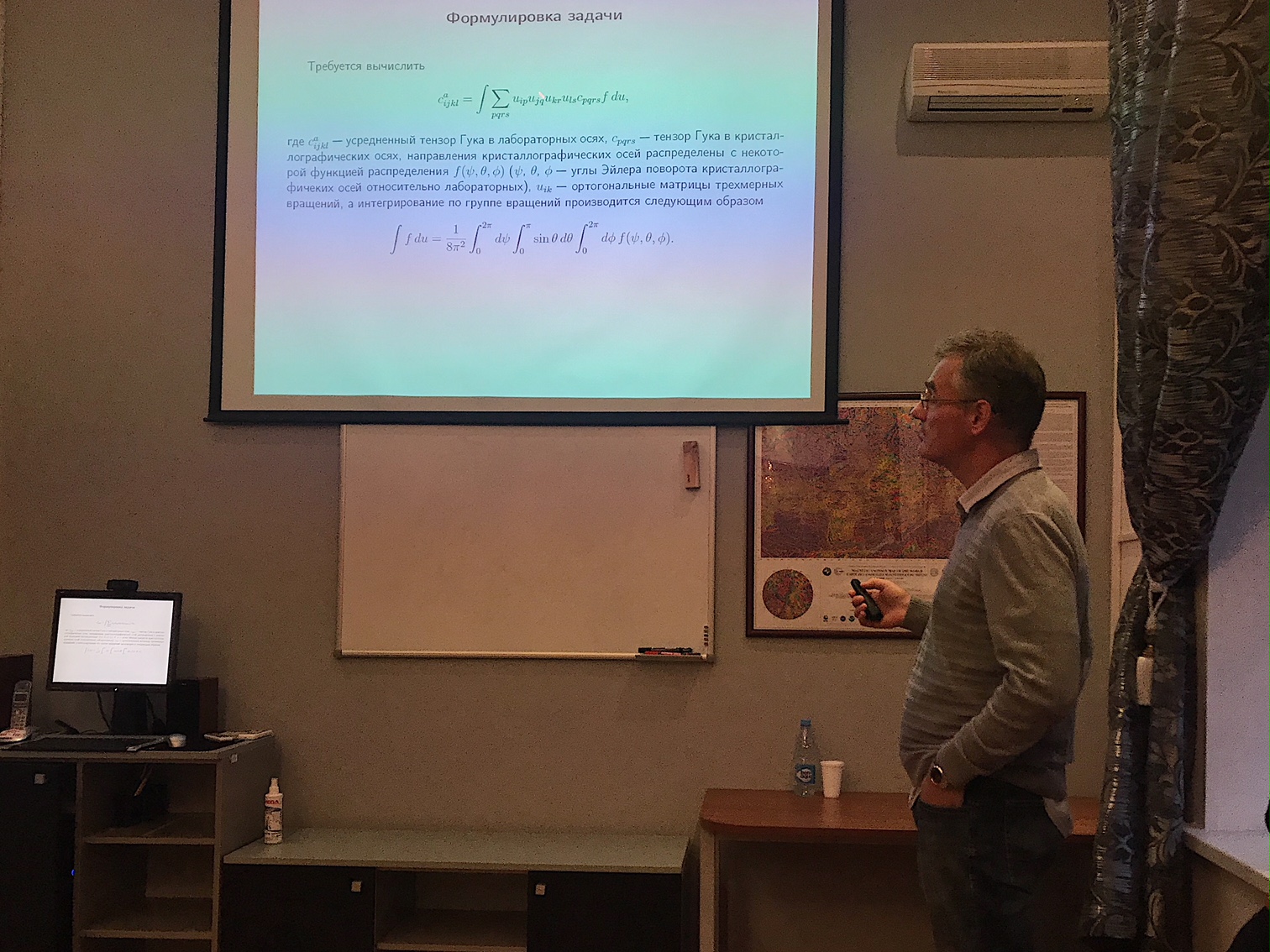