April 13–15, 2021. NUST MISIS held the international conference «System Analysis in Eurasia». The format of the event was hybrid. The conference was organized by the Russian Foundation for Basic Research (RFBR) and the International Institute for Applied Systems Analysis (IIASA).

At the opening of the conference, welcoming remarks were made by: Chairman of the RFBR Council, Chairman of CSA RAS, member of the IIASA Governing Board, Academician of RAS Vladislav Yakovlevich Panchenko; Albert van Jaarsveld, CEO and Chief Executive Officer of IIASA; Rector of NUST MISIS, Professor, Doctor of Economics Alevtina Anatolyevna Chernikova; OeAW Chairman Christian Keberl; Chairman of the Finnish National Committee IIASA, Professor Lea Kauppi; Deputy Chairman of CSA RAS, Chairman of the National Geophysical Committee (NGK) and the National Committee CODATA, Academician of RAS Alexey Dzhermenovich Gvishiani; CODATA President, Professor at Leiden University (Netherlands) Barend Mons. The speakers noted the high pace of change in the world, the challenges that have been faced recently, emphasized the importance of system analysis in solving complex social, economic and environmental problems, talked about the importance of data and the best ways to study them.

Further, according to the program of the Conference, a scientific session «Scientific Diplomacy and Systems Analysis» was held, moderated by the rector of the Moscow State Institute of International Relations (University) of the Ministry of Foreign Affairs of the Russian Federation, member of CSA RAS, Academician Anatoly Vasilyevich Torkunov.

The first participant in the panel discussion was Deputy Minister of Foreign Affairs of the Russian Federation Alexander Anatolyevich Pankin, who outlined the high demand for science and its importance for international politics and called on the scientific community for independence in research, judgments, and forecasts.
Roger Levien, Director of IIASA in the period from 1975 to 1981, spoke about the development, formation and activities of IIASA.

In his report, IIASA General Director and Chief Executive Officer Albert van Jaarsveld not only highlighted the current agenda of scientific and applied activities of IIASA, but also emphasized that scientific diplomacy is one of the most important strategic tasks of the Institute, outlining the contribution to its development.

Secretary of the National Member Organization of IIASA, Assistant Chairman of the Commission for Interdisciplinary Environmental Research of the Austrian Academy of Sciences, of the European Geophysical Union, Viktor Bruckman moderated the poster session. The session was attended by scientists from Sweden, India, Kazastan, Finland. 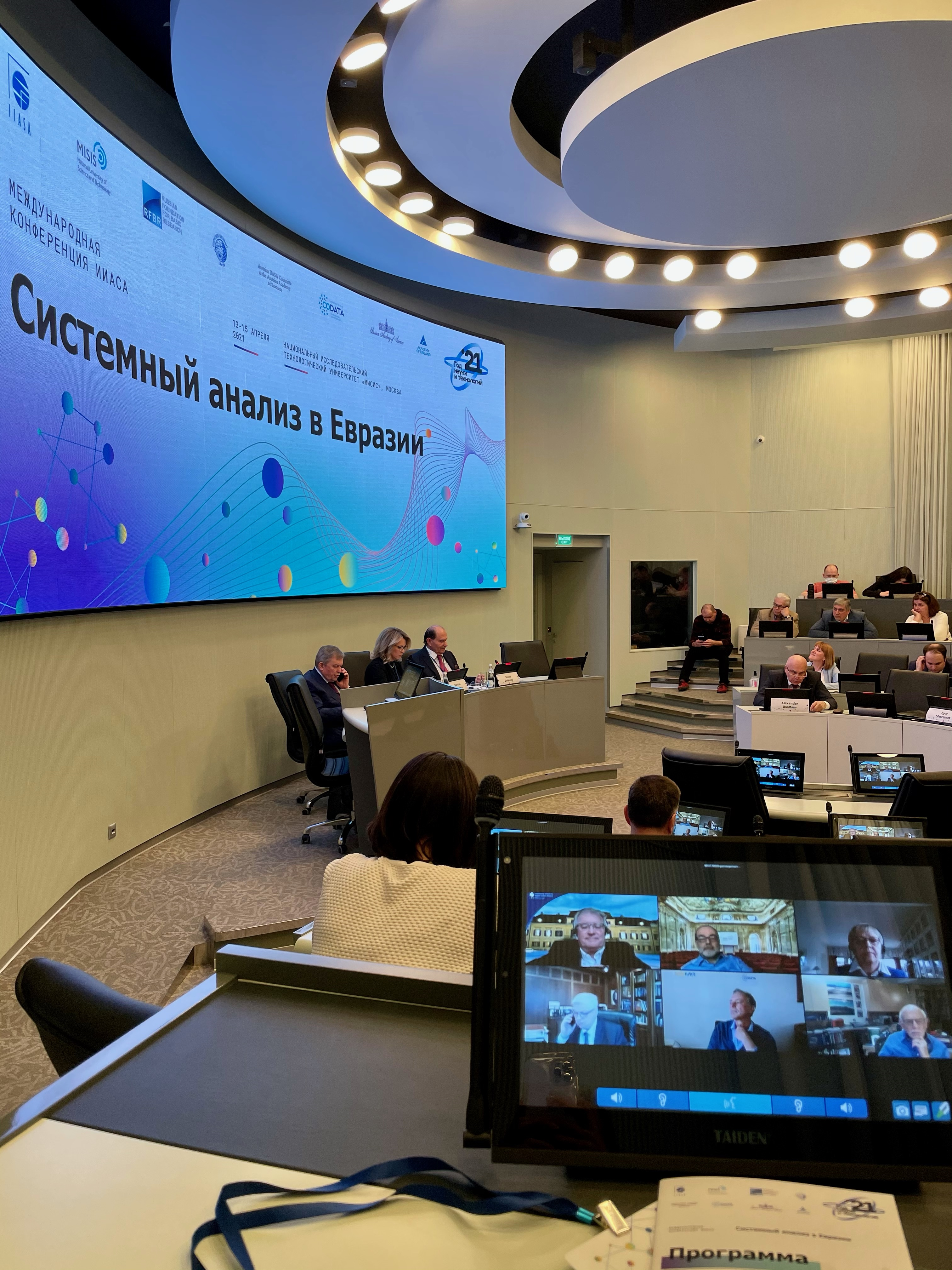