Our country is one of the official members of IIASA and a founding country of the Institute in 1976, along with the United States and Great Britain.

The sides discussed their plans for cooperation between RAS and IIASA for the near and long-term prospects. In the light of the decisions of the President of RAS from 12.12.2017, the ways of mutual cooperation between the Academy and IIASA in the field of scientific diplomacy were outlined.

The meeting took place in a businesslike and friendly atmosphere. On the Russian side, Vice-President of RAS Academician Yu. Balega, Deputy Chairman of the IIASA Board of Directors Academician A. D. Gvishiani and Head of the RAS Foreign Department E. Gluhovtseva took part in it. 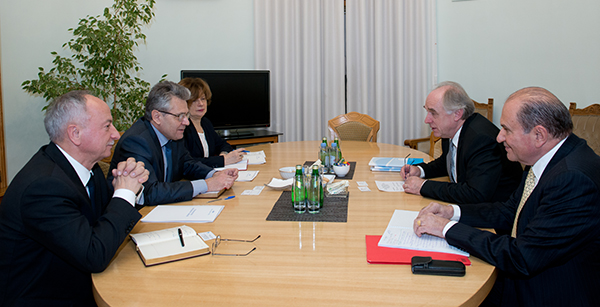