June 22, 2018. Director of GC RAS Academician A. D. Gvishiani and Deputy Director for Science, Corresponding Member of RAS A. A. Soloviev visited the Federal Research Center of the Institute of Applied Physics of RAS (FRC IAP RAS) in Nizhny Novgorod. The delegation learned about the main activities of the Institute and examined impressive physical installations, some of which do not have world analogues. Among them:

• spectroradiometric complex with a digital spectrum analyzer for passive thermal sounding of the middle atmosphere from the Earth's surface, which allows reconstructing the vertical temperature distribution in the stratosphere and upper troposphere on the basis of the measured spectra of intrinsic radiation of the atmosphere;

• multi petawatt femtosecond laser PEARL-10 with the possibility of achieving a giant intensity of 1023 W/cm2 to create secondary sources of X-ray and gamma-ray emissions and accelerated particles with unique characteristics based on interaction of petawatt optical pulses with laser targets;

• set of installations for growing high-quality diamond films, including a microwave CVD reactor and a 10 kW gyrotron;

IAP RAS has more than 1600 employees and is one of the largest institutions in the country, taking advanced positions in a number of areas of modern physics.

Photo: from left to right – Deputy Director for Science of GC RAS, Corresponding Member A. A. Soloviev, Director of GC RAS Academician A. D. Gvishiani, Head of the Department of Physics of Atmosphere and Microwave Diagnostics of IAP RAS Professor A. M. Feigin. 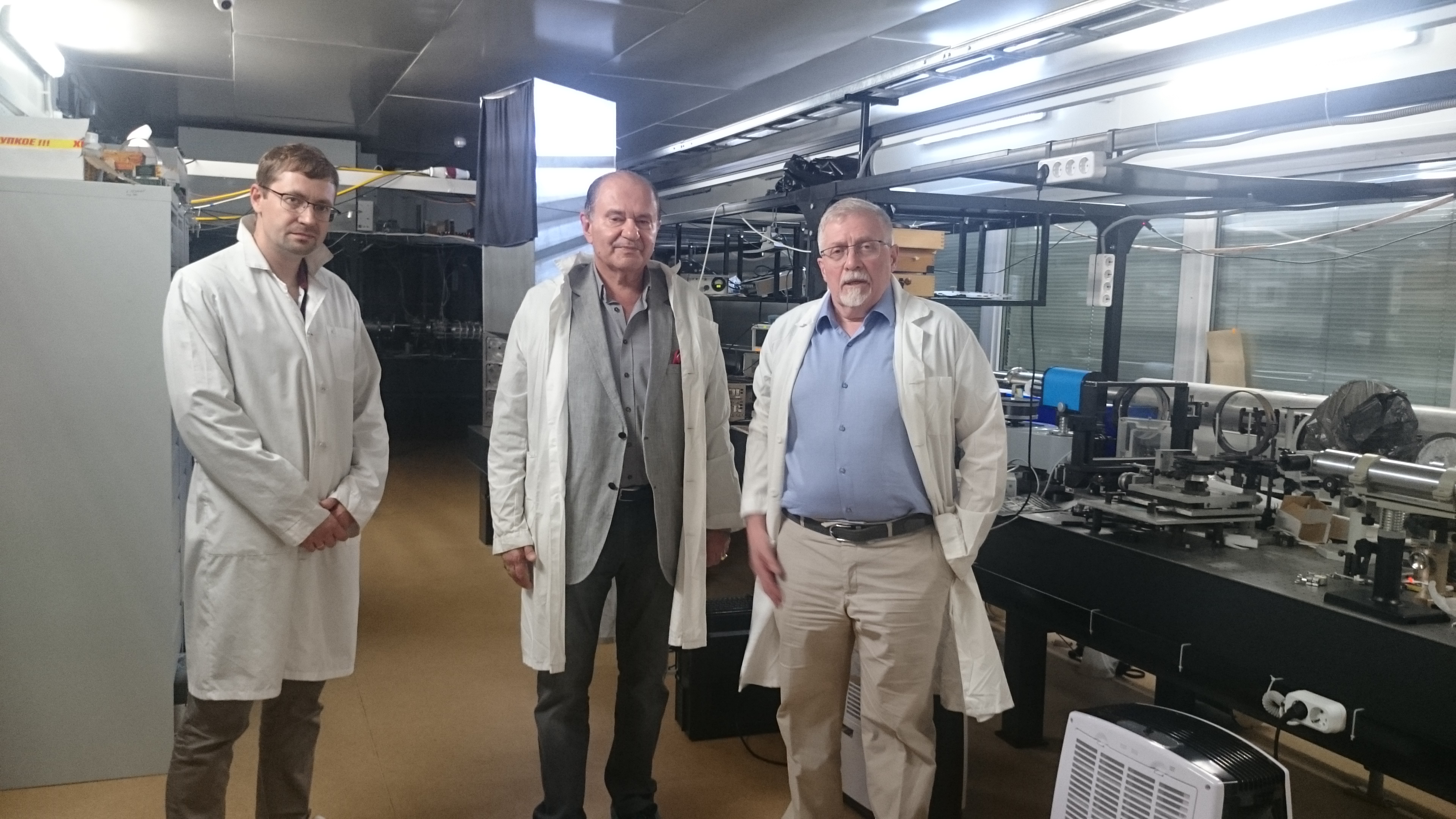