During the meeting, issues of cooperation between the institutes of the ONZ RAS and the Department of Chemistry and Earth Sciences of the National Academy of Sciences of the Republic of Armenia were discussed. As part of the implementation of the Roadmap for the implementation of the provisions of the Agreement on Scientific and Technical Cooperation between the Russian Academy of Sciences and the National Academy of Sciences of the Republic of Armenia, it was decided in April 2022 to conduct a high-precision detailed aeromagnetic survey of the territory of the Gyulagarak Observatory (Republic of Armenia), established in 2019. jointly GC RAS and IGIS NAS RA. Such a survey will contribute to the development of Russian-Armenian research in the field of studying the Earth's magnetic field. The issue of holding events dedicated to the official opening of the observatory was discussed with the invitation of the first persons of the RAS and NAS RA. 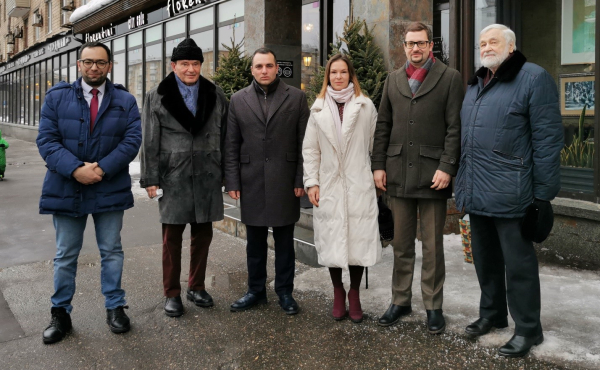