19 июля 2019 г. On July 10, 2019, the 27th IUGG General Assembly’s opening ceremony took place in the Montreal Congress Palace. The ceremony marked the 100th anniversary of IUGG. The ceremony was attended by the IUGG leadership and the local organizing committee of the Assembly, as well as representatives of the Canadian authorities.

In their welcoming speeches, the speakers noted the important role that IUGG plays in the framework of international scientific cooperation, being one of the key partners in the field of scientific diplomacy.

July 10, 2019 national delegate from the Russian Federation Director of the Geophysical Center RAS Corr. Member of RAS A. A. Soloviev was a convener at a scientific session (Union Symposia) Data-driven science for Earth and Space Exploration. 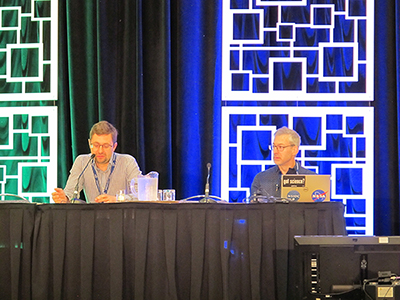