On December 8, the 67th meeting of the Scientific Council of the GC RAS was held.

This meeting was the final one, it summed up the work for 2021.

Scientific secretary Ph.D. Roman Igorevich Krasnoperov opened the meeting with a brief report on the implementation of plans for the state task and the development program.

Reports on the results of the implementation of research within the framework of the state assignment were made by the heads of research topics: chief researcher, doctor of technical sciences. Viktor Nikolaevich Tatarinov, Director of the State Center of the Russian Academy of Sciences Corr. RAS Anatoly Aleksandrovich Soloviev, Deputy Director for Science Ph.D. Boris Arkadyevich Dzeboev and senior researcher, Ph.D. Roman Viktorovich Sidorov. The results have been approved. 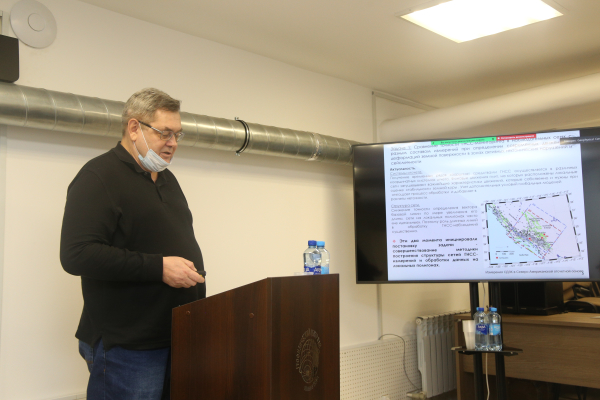 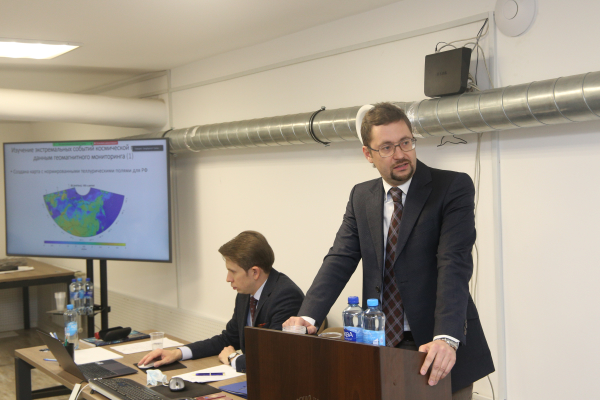 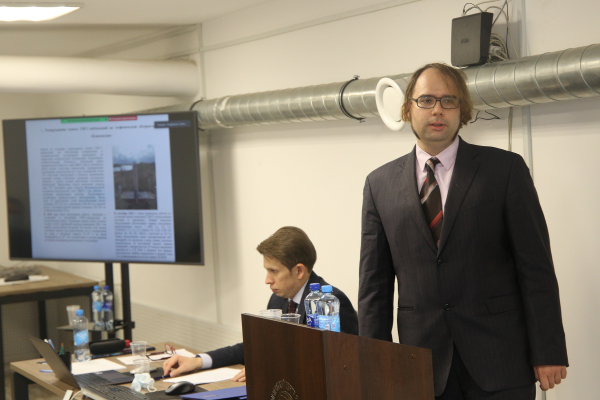 The Russian Academy of Sciences, in order to identify and support talented young researchers, promote the professional growth of scientific youth, encourage the creative activity of young scientists and students in educational programs of higher education (students) in conducting scientific research, announced a competition for medals of the Russian Academy of Sciences with prizes for young scientists of Russia. The leadership of the GC RAS, represented by A. A. Solovyov and R. I. Krasnoperov, proposed D. V. Kudin and R. I. Sidorov. Then they were invited to make a presentation.

During the report, Senior Researcher of the Laboratory of Geoinformatics and Geomagnetic Research Ph.D. Dmitry Vladimirovich Kudin presented the main results of the work on the topic "Unified system for obtaining and preparing data on the Earth's magnetic field", carried out jointly with Roman Viktorovich Sidorov. During the voting, a unanimous decision was made to nominate the work of D. V. Kudin and R. V. Sidorov for the medal of the Russian Academy of Sciences with prizes for young scientists. 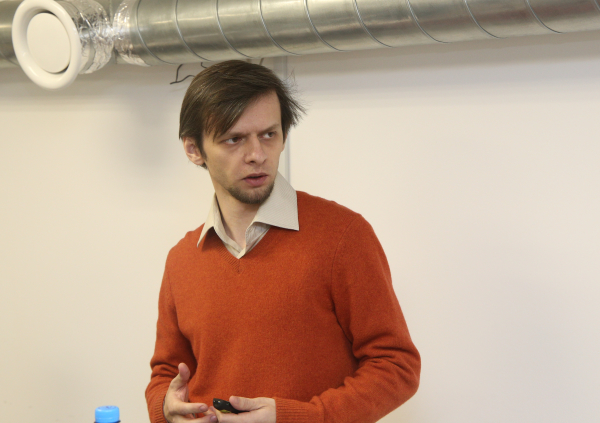 During the discussion of personnel issues, the leadership of the GC RAS unanimously supported the results of the scientific work of the researcher of the laboratory of geophysical data, Ph.D. Boris Vitalievich Dzeranov and senior researcher, Ph.D. Roman Viktorovich Sidorov. The Academic Council nominated R. V. Sidorov and B. V. Dzeranov to the positions of Leading Researcher and Senior Researcher, respectively.

In the final part of the meeting, the scientific director of the GC RAS Academician of the Russian Academy of Sciences Alexei Dzhermenovich Gvishiani said that by order of the Ministry of Science and Higher Education of the Russian Federation for significant merits and contribution to the development of state policy and legal regulation in the field of scientific activity, as well as many years of conscientious work, three heads of the Center were awarded departmental medals of the Ministry of Education and Science of Russia. The award ceremony took place.

Anatoly Alexandrovich Solovyov and Viktor Nikolaevich Tatarinov received the medal "For contribution to the implementation of state policy in the field of scientific and technological development."

Deputy Director for Development of the GC RAS Ph.D. Alena Igorevna Rybkina was awarded the medal "For Impeccable Labor and Distinction" III degree.

In conclusion, Anatoly Solovyov expressed special gratitude to the Ministry and noted the importance of its support and approval in relation to the activities of representatives of science and their significant results in the field of geophysics. 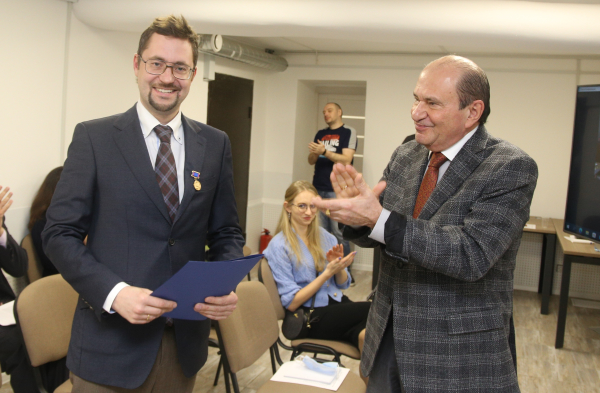 Director of the GC RAS Corresponding Member RAS A. A. Soloviev and Scientific Supervisor of the State Center of the Russian Academy of Sciences Academician A. D. Gvishiani at the award ceremony 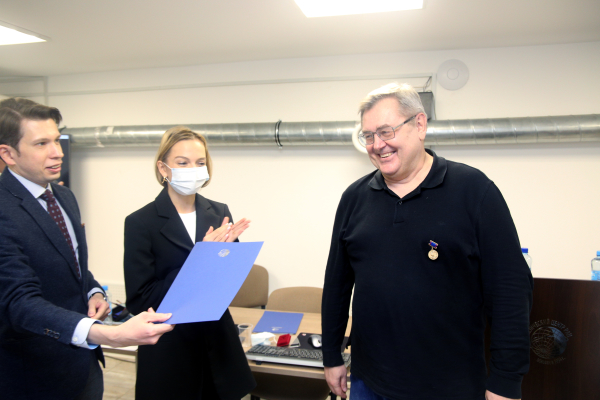 On behalf of the entire staff of the Geophysical Center of the Russian Academy of Sciences, we sincerely congratulate our colleagues on the presentation of these honorary awards!