April 4, 2016 A meeting with the students of the 4th course of Moscow State Mining University NUST "MISiS" took place in Belousov Hall of GC RAS. The meeting was held in the framework of Research and Education Center (REC) "Geodynamics and geoecology of the Earth’s interior: modeling, forecasting, and monitoring".

Professor Vladislav Morozov told the audience about the modeling methodology of the stress-strain state of rock for underground facilities. Head of the Laboratory of Geodynamics Viktor Tatarinov spoke about the use of GPS/ GLONASS global navigation satellite systems for the study of modern movements of the Earth's crust at the facilities of the nuclear fuel cycle of the Russian Federation.

Currently, Geophysical Center is preparing for the International Conference "Data Intensive System Analysis for Geohazard Studies", which will be held in Sochi in July 2016. A section will be organized related to the geodynamic safety during the development of underground space, which will be attended by a group of leading scientists of Moscow State Mining University. “In the future we plan to attract leading specialists of the Geophysical Center to work on geodynamic zoning", - said Head of the Environmental Engineering Department Konstantin Kolikov, who also visited GC RAS. Director of GC RAS, Academician Alexei Gvishiani is Head of REC.

During the entire existence of REC researchers of GC RAS and Mining University made joint presentations at scientific symposia "Week of the miner", organized by the Mining University NUST "MISiS". Prominent scientists of GC RAS V. Tatarinov, V. Morozov and V. Kaftan took part in the workshops on geodynamics of the Earth’s interior. 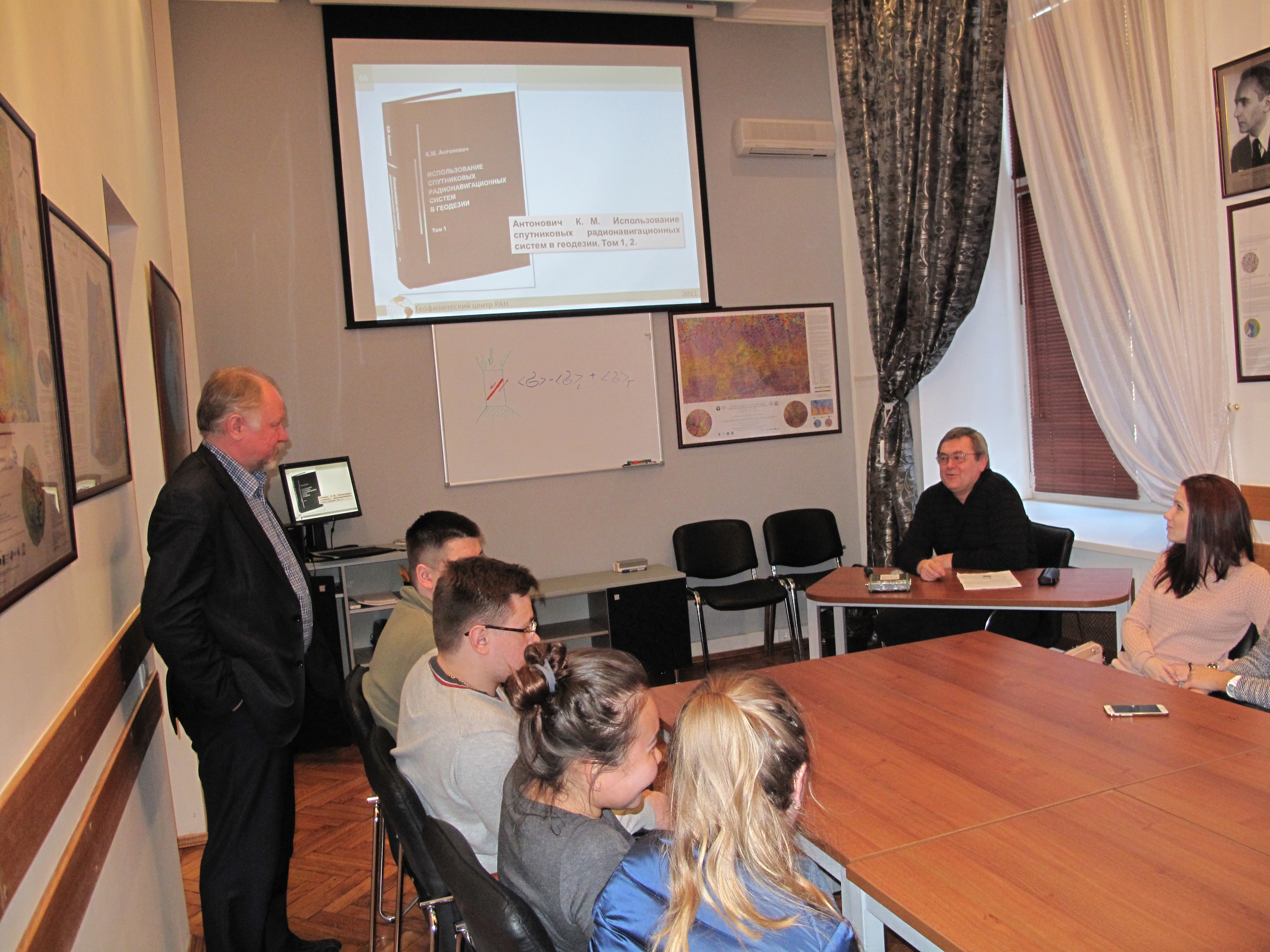