10 ноября 2017 г. From November 1 to November 4, 2017 in Tsaghkadzor (Republic of Armenia) the III International Scientific Conference of Young Scientists "Modern Problems of Geophysics, Engineering Seismology and Earthquake Engineering" was held.

The conference was organized by the A. Nazarov Institute of Geophysics and Engineering Seismology of the National Academy of Sciences of the Republic of Armenia (IGIS NAS RA). The conference was attended by the Director of GC RAS, Academician Aleksey Dzhermenovich Gvishiani and the Head of the Geophysical Data Laboratory of GC RAS Boris Arkadevich Dzeboev. 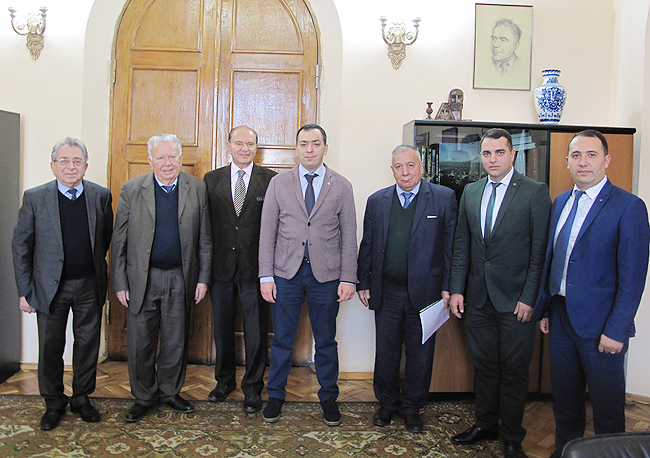