December 5-7, 2018. Deputy Director for Development of GC RAS A. I. Rybkina took part in the work of the VIII International Forum "Arctic: Today and the Future", where she spoke at the round table on international cooperation.

The VIII International Forum "Arctic: Today and the Future" was held in St. Petersburg at EXPOFORUM Exhibition Center. The event is organized annually by the Association of Polar Explorers (ASPOL). The discussion topics of the Forum covered all areas and current aspects of the development of the Russian Arctic. An extensive discussion took place in the course of 8 parallel discussions within various working formats - plenary sessions, working sessions, round tables. President of the Association of Polar Explorers, Special Representative of the President of Russia in the Arctic and Antarctic Arthur Chilingarov spoke at the opening of the plenary session devoted to the new vectors of development of the Arctic zone of the Russian Federation.

A. I. Rybkina made a report at the section “Development and deepening of international Arctic scientific cooperation” on “System analysis in the study of Arctic territories: experience of cooperation with the International Institute for Applied Systems Analysis IIASA (Laxenburg, Austria)”. In the framework of the subsequent discussion, the main aspects of the development of the Arctic region and the significance of international cooperation were discussed. The session was moderated by V. I. Pavlenko, Vice-President of the International Arctic Science Committee (IASC). 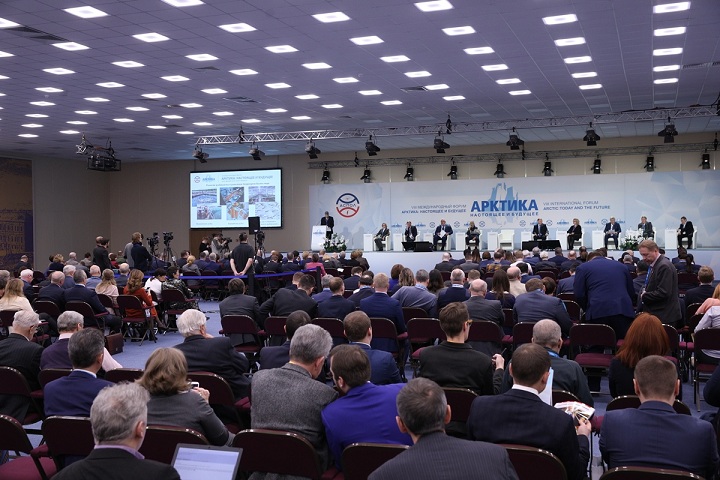