May 15, 2019. Acting Director of GC RAS Corresponding Member of RAS Anatoly Soloviev and Head of the Laboratory of geophysical data Boris Dzeboev visited the Pleshchenitsy geophysical observatory (65 km north of Minsk, Belarus) of the Center for Geophysical Monitoring of the National Academy of Sciences of Belarus (NASB) and got acquainted with the work of the observatory and a set of magnetometric equipment installed in non-magnetic pavilions and held a meeting with the observatory staff.

Plans were made for further joint development of the observatory, including organizing the transfer of geomagnetic data to the MAGNUS system in quasi-real time mode, their subsequent analysis for compliance with INTERMAGNET standards, launching a scalar magnetometer in the mode of continuous recording of values and conducting detailed geomagnetic surveys in the territory the observatory.

In the photo from left to right: L. V. Pustoshilo, head of the Pleschenitsy observatory, R. R. Seroglazov, deputy director of the Center for Geophysical Monitoring, A. G. Aronov, chief scientist of the Naroch Observatory, T. A. Protasovitskaya, research scientists of the Center, A. A. Soloviev, Acting Director of GC RAS and B. A. Dzeboev, Head of the Laboratory of geophysical data of GC RAS. 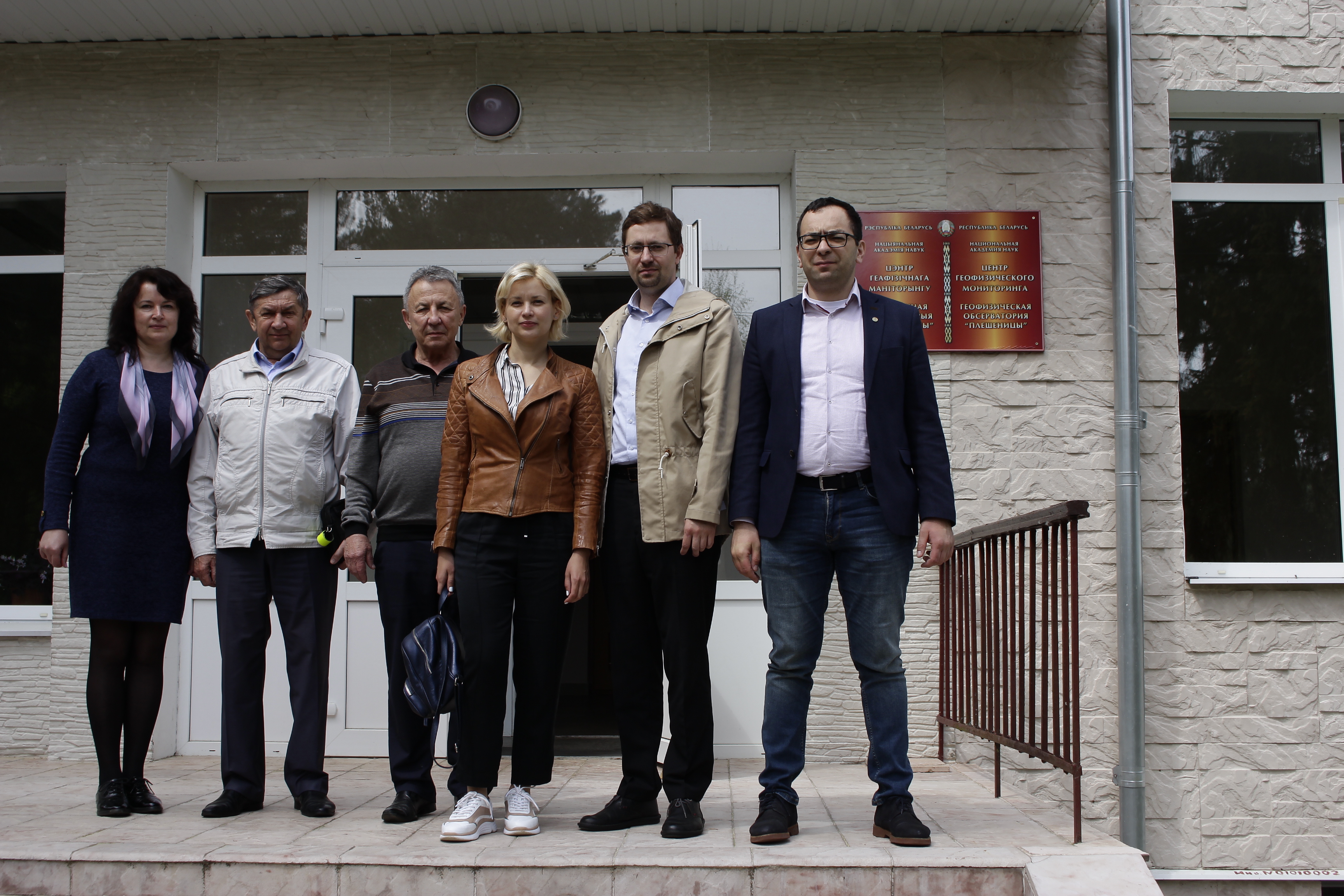